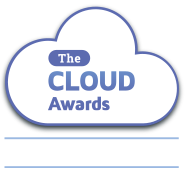 The volume of documents and emails stored in public folders vary from company to company, but in most cases it is immense. Now the question is – what about public folders when it comes to migration to Office 365 (Microsoft 365)? You could use native migration tools. However, the only method of performing such a transition is a heavily-scripted batch migration. Not only does it require proficiency in PowerShell but it also makes the admin meet a lengthy list of prerequisites. Fortunately, there is a far less complicated alternative: CodeTwo Office 365 Migration.

What is more, during the migration you can generate comprehensive reports to monitor how the process is going. After the migration is finished, you can use the delta migration functionality to quickly migrate the items which were added on the source server during the initial migration process. Thanks to that, you can be sure that all your users will seamlessly transition to the new environment and pick up where they left without any hiccups or worrying about missing items.