The two main features of CodeTwo Backup – backing up and restoring data – are realized via the so-called jobs. A backup job, once configured, can be executed either manually or automatically, by using a built-in scheduling capability. The restore job, on the other hand, can only be run manually. Jobs can also be divided according to their continuity: CodeTwo Backup supports one-time backup or restore jobs and continuous incremental backup jobs. A complete backup or restore operation is called a cycle and the time when a job is supposed to run is referred to as an activity period.

When a one-time job is started, it performs one cycle of a defined task (either backup or restore) and stops when finished. If you stop such a job manually during its operation, the next time this particular job is started again the software will rescan the source data and the content that is already backed-up (or restored, depending on the job type), to compare them both and perform the defined task on modified items again (Fig. 1.). Unchanged items that have already been backed up / restored will not be processed again – the software will resume the job from where it finished previously, backing up / restoring only modified items or items that have not been backed up / restored yet. 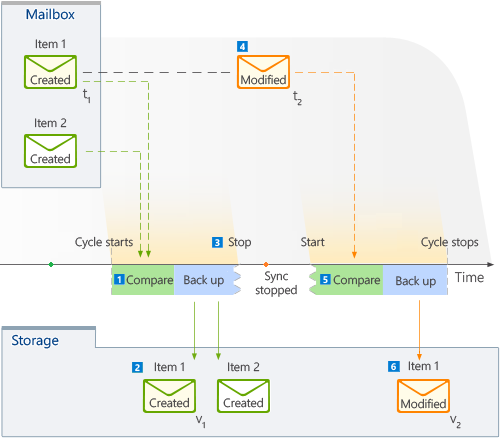 Fig. 1. Backing up items after a job is stopped and started again.

Continuous jobs run in multiple cycles and are limited to backup tasks. All backup jobs in CodeTwo Backup are incremental, which means they can be performed many times on the same data object (mailbox, SharePoint site, etc.). Continuous jobs differ from one-time jobs in terms of what happens when the cycle is finished: when the software finishes backing up the selected data, it pauses for a user-defined period (called idle time), and then rescans that data on the source server, starting a new job cycle. If during that new cycle the program finds new items on the source server or recognizes that some of the backed-up items have been modified in any way, these new or changed items will be backed up. In case there were no changes at all on the source server, no items will be backed up at all. If the continuous job is stopped manually, once restarted it will proceed in a similar manner as a one-time job, i.e. only new or changed items will be backed up again (the software will resume the job from where it was stopped).

Scheduling backup jobs ​– this section describes how to enable and configure each activity pattern in the scheduler.