CodeTwo Exchange Sync is an application enabling automatic synchronization of data between selected folders hosted on Microsoft Exchange 2013, 2010, or 2007. The synchronization occurs in real time and in the background so that end users will not notice its operations other than data automatically synchronized between Exchange folders.

The synchronized data can be of any type, for example, emails, calendars, contacts, tasks, etc. The program allows you to select multiple synchronization types and choose precise items to be synchronized. 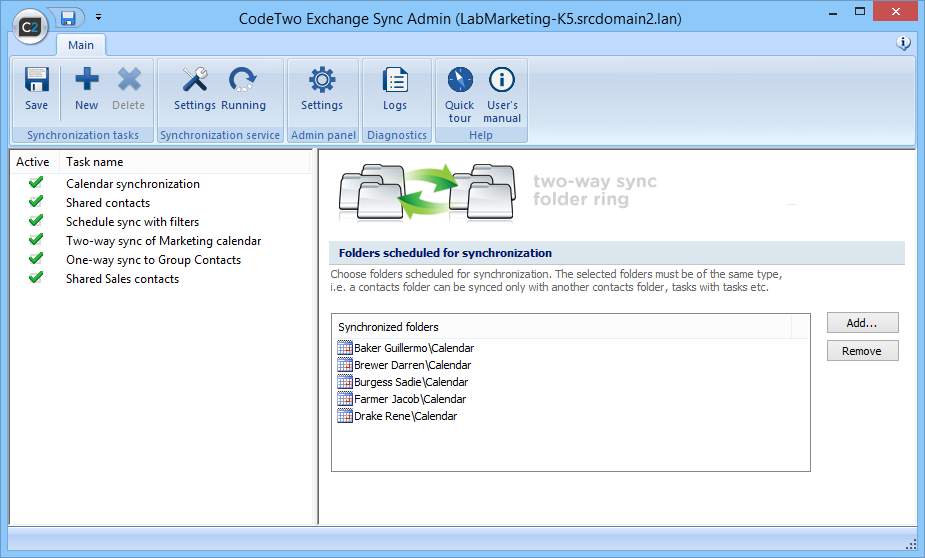 You can use the one-way synchronization type to create a central company contacts database, which will be stored in a public folder. To do that, CodeTwo Exchange Sync can synchronize contacts folders of users to a common target folder.

In the two-way synchronization type, the exchange of data occurs between a group of folders. Any change in any folder triggers an automatic update of the item in all remaining folders in this folder ring.

This synchronization type can be used to synchronize data between a shared company contacts database, a public folder, and personal folders in users' mailboxes. In this type, though, the synching occurs in both directions. Now also the changes made by the users in personal folders (or on mobile devices iOS, Andorid, BlackBerry) will replicate to the common database in the public folder.

Filter synced data on the fly

The program allows you to set up various conditions to let you synchronize only selected items. You can use this functionality to synchronize only the data that meets certain criteria like, for example, a certain category; item age {date}; or has a certain word in the subject. 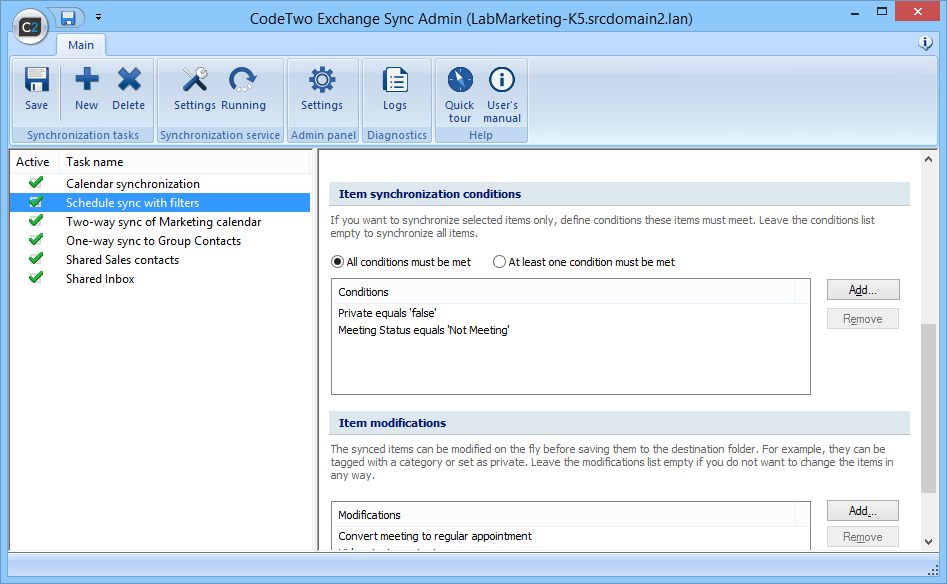 The conditions feature can be used to build a group schedule containing an aggregated view of several user calendars. The conditions ensure that no private items are replicated to the public schedule.

Apart from conditions, you can use the modifications feature which enables tagging of items on the fly during the synchronization from the source folder to the target folder. The modifiers can be used to change a selected item's attributes (or fields) before saving it to the target folder. For example, you can set up teh program so that it changes the subject or adds a category to a synchronized item. 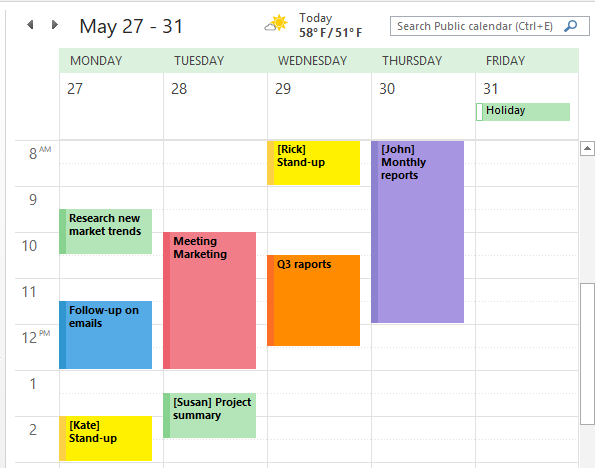 The modifiers can be used similarly to the conditions for building the calendar with aggregated view. The modifiers will help you distinguish items in the group schedule that originate from different users' calendars by applying color categories.

Similarly to our other applications, in CodeTwo Exchange Sync we put emphasis on friendliness and simplicity of use. The deployment and setup is very easy so it should not take more than a few minutes.

A major benefit of CodeTwo Exchange Sync is that it does not need to be installed directly on the machine equipped with Exchange Server. You can install the application on another server or even a workstation.

The application can be downloaded and used without any costs.