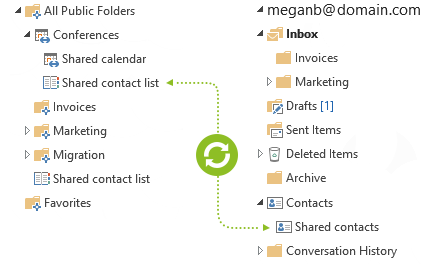 In the two-way synchrnization mode, any change made by any user to their personal folders or via a mobile device automatically replicates to the public folder and all the remaining personal folders included in this sync group (Folder ring).

Let's have a practical example:

In this scenario (two-way synchronization), all folders within one sync group are always kept in sync and have the same set of data.