They are the masters of all things Microsoft. They know Azure, Office 365, Exchange, SharePoint and Teams better than most people know the backs of their hands. When you encounter a technical problem, they probably have developed a fix or a workaround for it long time ago. Almost every new feature in Microsoft solutions is meticulously analyzed on their blogs and, quite often, new features are born thanks to their ideas for improvement.

Who are they? They are Microsoft MVPs. Most Valuable Professionals, that is. As a tribute to their hard work, we have created a short list of the ones we find particularly valuable in the areas related to Office 365, Azure and Exchange. As a bonus, our graphic designer, Kacper, designed their digital portraits. We hope you’ll like them. 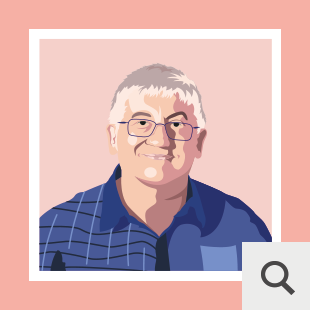 If you don’t know him, you have probably never heard of Office 365 or Exchange Server. He is the Exchange Godfather. Following his publications and social media accounts is probably the most reliable way to learn about all important changes introduced to Microsoft Office 365, Teams, Outlook, or Exchange, with a valuable, in-depth comments. He strips the technology out of the technical jargon and shows the practical and the impractical side of each functionality. He has authored multiple books including “Inside Out” – a book about Exchange 2013, and “Office 365 for IT Pros” – an exhaustive and frequently updated publication about Office 365.

Michael is an experienced Microsoft MVP, very skilled when it comes to Exchange, Office 365 and migrations between the two (which is, by the way, what CodeTwo Office 365 Migration does). The subject he is most known for is hybrid environments (hence the “Van Hybrid” nickname). Apart from being a highly popular speaker at conferences devoted to Office 365, he is also a co-author of O365 for IT Pros – a bible for Office 365 admins. By the way, you should see the crowds that gather for his sessions – each venue is tightly packed whenever Michael gets in the spotlight. 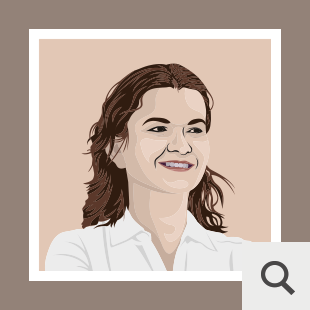 Agnes is a true expert on Office 365 and SharePoint, with an impressive number of MVP Awards – she’s been awarded 12 times since 2008. Her area of expertise is information searching mechanisms and applications. Although Agnes mostly writes and talks about the search options in Microsoft products, she also has publications about Google search in her bibliography. Agnes often appears at Office 365 and SharePoint-related conferences, both in Europe and USA. If you want to meet her in person or listen to one of her sessions, check the upcoming events. 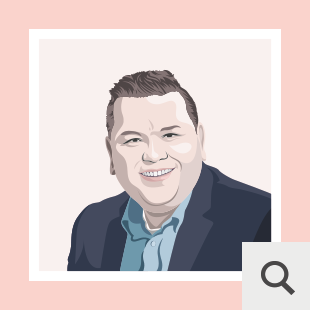 His superhero alias is SuperTekBoy. His weapon of choice is PowerShell. Although, compared to some other professionals mentioned in this article, he might be viewed as a freshman with his four MVP awards, he is not to be underestimated. Gareth knows Exchange Server and Office 365 like the back of his hand. On his blog, he shares tips and guidelines to fellow Office 365 and Exchange superheroes. If you want to meet him in person, like we did, you might get a chance while attending some prominent IT conferences. 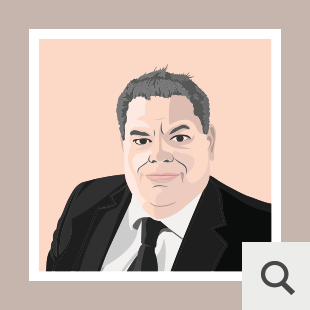 Jason is an MVP who has nearly 20 years of experience with Microsoft products. Skype for Business, Teams and Office 365 have few secrets he wouldn’t know about. He runs an annual Evolve conference in the UK since 2015, where he, together with other IT experts, explains Microsoft 365, Azure, Office 365, Teams, and more. Together with Steve Goodman, they also hold a popular podcast in which they explain “All About 365”. 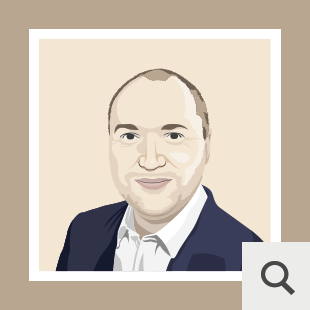 Steve has been an MVP for 8 consecutive years. He works with Office 365, Microsoft Teams and Exchange and is not afraid of the complexity of even the most custom-made Exchange Hybrid implementations. He also handles crowds of expectant listeners at IT events like Microsoft Ignite, where he often speaks about cloud technologies. You can find him on YouTube, talking about Microsoft Teams, or listen to the “All About 365” podcast he records together with Jason Wynn. 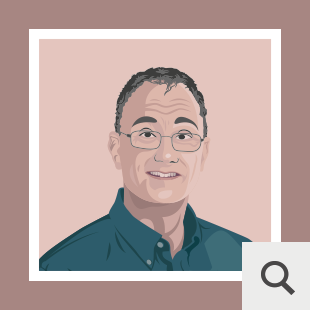 He’s a licensed private pilot, a weightlifter and a triathlete. Moreover, with the MVP title earned 16 times, Paul is one of the most seasoned members of the elite Microsoft Most Valuable Professional group. A true renaissance man! He’s been in the IT industry since 1978 and thus he’s had an incredible chance of seeing and making the information technology change for the better. Paul is a highly anticipated speaker at every Microsoft Ignite conference, he has written a preparation guide for Exchange Server Exam and coauthors the “Office 365 for IT Pros” book. 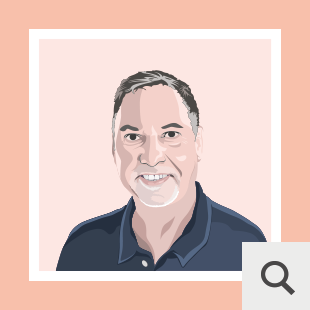 Jeff has joined the MVP team in 2009 and has been a part of it since then. He frequently attends the most important IT events such as Microsoft Ignite or IT/Dev Connections, not only as a participant, but also as one of the most anticipated speakers. Jeff has vast experience dealing with both on-premises and cloud Microsoft solutions, especially Exchange and Azure. 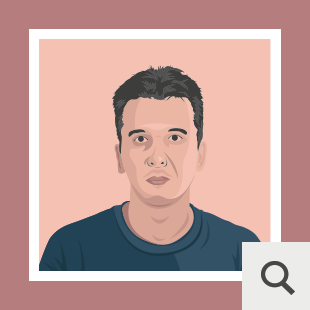 Vasil has earned 5 Microsoft MVP Awards so far. His main area of interest is Office 365. Vasil publishes a lot of technical tutorials, develops various PowerShell scripts for Office 365, and is a very active participant in Office 365 and Exchange communities. On Technical forums, he is known for sharing solutions to even the most complicated issues. You should expect nothing less from the Technical Editor of Office 365 for IT Pros. 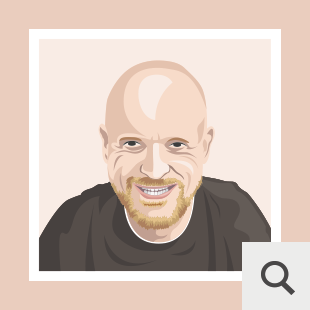 This year, Michel has been awarded his 6th Microsoft MVP award. His first steps in IT were as a developer, but he switched to more infrastructure-related projects later on. Now, his main areas of interest are Exchange, Office 365, PowerShell and Active Directory. Michel is actively involved in technical forums, writes valuable blog posts and is the author of “Pro Exchange 2013” and co-author of “Pro Exchange 2013 SP1 PowerShell Administration: For Exchange On-Premises and Office 365”. He is also the Technical Reviewer for “Practical PowerShell for Exchange 2016”. 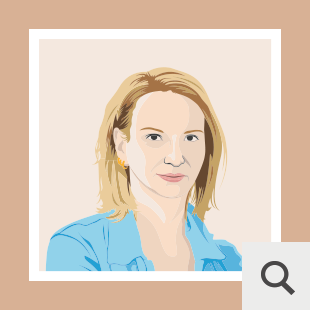 Martina has been awarded her first MVP title in 2011. She is an expert on Office 365, SharePoint and Azure. Apart from her interest in cloud computing, she also knows a lot about social media and helps implement social media projects for various enterprises. Martina frequently writes articles on the atwork.at blog – no need to worry, despite the Austrian domain name, her articles are written in English and offer great insight into Microsoft technologies. 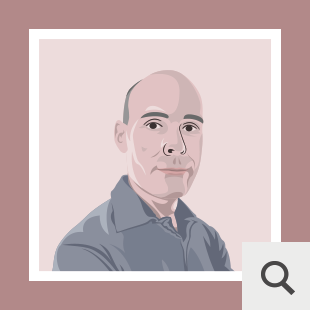 Glen has been earning the MVP title each year since 2004. He’s been actively writing on his blog ever since, providing guidelines for fellow Office 365 developers. If you want to learn more about Exchange Web Services (EWS) and how to use it for providing solutions for Exchange and Office 365, Glen’s blog is a must-read. He also frequently posts on GitHub, TechNet and Stack Overflow. 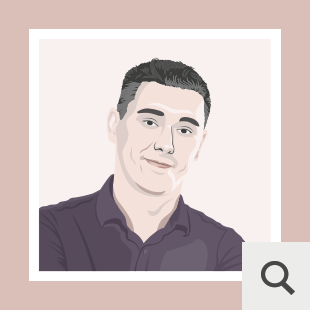 Being an MVP for the last 6 years and a passionate learner, Kamil knows his share about Microsoft Server, Windows, SharePoint, Office 365, Security and much more. The best thing about Kamil (at least from our perspective) is that apart from having a knack for knowledge, he also frequently and enthusiastically shares this knowledge with others. He organizes ShareCon365 and Microsoft 365 User Group Poland meetups and is one of the organizers of AzureDay Poland conference. Not to mention he is a highly-regarded speaker at other related conferences. #BeLikeBaczyk

Although not MVP per se, Mariusz is deemed as Microsoft Evangelist. He is still active on his blog and frequently speaks at IT conferences in Poland. His favorite subject is Technology + Artificial Intelligence, and the future of AI. So he’s the one to ask about whether robots will rule over humans in the next decade. We hope that despite the ominously sounding subject, we have nothing to worry about!