It turns out that CodeTwo Public Folders is able to enhance productivity in even more extreme conditions than we initially thought. Imagine that our program, designed for sharing Outlook folders in the network of multiple users, has been recently installed on a huge motor tanker named Torinia and is now cruising around the world with her tough crew. Torinia is one of the first ships equipped with CodeTwo Public Folders, but it will surely not be the last one! Next 70 are waiting in line. I wonder if their captain still uses speakers to give commends to the crew on deck? Eventually, he can now use Outlook to subscribe tasks to them! Now we have to think of CodeTwo Auto-Anchor Dropper which would sync casting anchors from a bow and stern :) 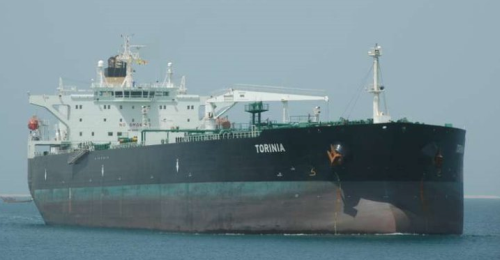 The example of  M.T. Torinia shows clearly how flexible and reliable CodeTwo Public Folders is. Exchange Server is just too much for even such an enormous tanker as Torinia, whereas sharing Outlook data in the Cloud would not be enough efficient and just doesn’t make any sense when you are on the sea! If you’re also looking for a safe and reliable solution to share Outlook in the network, simply download and test the trial of CodeTwo Public Folders for free. If the program is lunched into Space in a rocket, we’ll let you know right away…