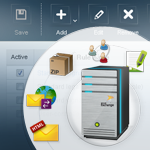 Hi fellow CodeTwo users. Back in September 2011, we mentioned about a lot of new stuff coming down the pike. Since then we have released a new tool and rolled out several new features beefing up our exisitng programs. Our dev teams have been constantly working on a couple of different projects. Two days ago we released CodeTwo Exchange Rules 2010 2.0 (for Exchange 2010) and CodeTwo Exchange Rules 2007 3.0 (for Exchange 2007).

It’s not an ordinary upgrade as the applications come with a bevy of new features. We have also hammered out the kinks you had reported in previous verions and entirely revamped the user’s interface. All of this to make these Exchange add-ons more useful, powerful and stable. The programs open up the world of new possibilities with signatures and disclaimers.

Take a look at what’s new in both of the programs: 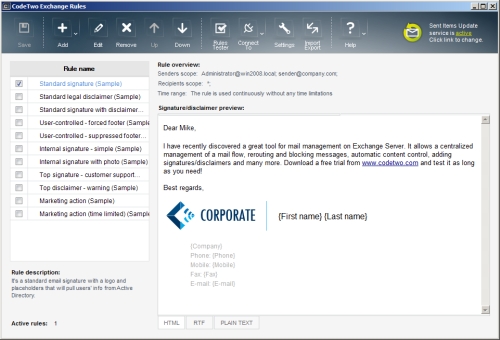 Deploying the program is as simple as installing it over the existing version of the product. All signatures and settings will remain unchanged.