Server migration is a very stressful task. It involves moving business-critical data between different locations. Since Exchange 2013 is nearly at the end of its road, the number of companies which are looking into migration away from it increases. While there is more than one possible target server to migrate to, Exchange 2013 to Office 365 migration seems to be one of the most popular scenarios. In this article, I’ll show you what the available methods are to migrate from Exchange 2013 and how to perform them.

END_OF_DOCUMENT_TOKEN_TO_BE_REPLACED

[Update]: This blog post was originally posted on July 5, 2017. It has been updated to reflect the configuration steps required in the current version of CodeTwo Office 365 Migration.

In the past few months, even the more conservative on-premises Exchange admins have at least considered migration to Office 365 (Microsoft 365). And, to be honest, they have (or would have) joined the majority. As the businesses operate in the cloud, companies more frequently look for the steps for a tenant-to-tenant migration. While those migrations have various grounds (mergers and acquisitions being the most common), they all have one thing in common – they require quite a lot of effort from IT teams.

In 2020, Microsoft introduced a native way to perform this type of move. However, it’s difficult to call this approach a convenient one – it requires a lot of manual configuration and running scripts in Exchange Online PowerShell. Moreover, the functionality is still in preview stage and is lacking some important features, e.g. the migration of public folders is currently not being supported. Microsoft still suggests using a third-party tool to accomplish this administration task. Having this in mind, I will show you how to easily migrate mailboxes between Office 365 tenants using CodeTwo Office 365 Migration. 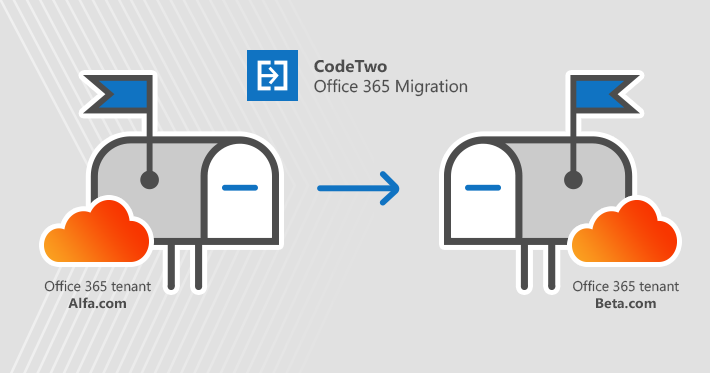 END_OF_DOCUMENT_TOKEN_TO_BE_REPLACED

Microsoft has been promoting Viva for nearly 2 years now as ‘an employee experience platform that brings together communications, knowledge, learning, resources, and insights in the flow of work.’ Maybe it’s just me, but this description doesn’t really explain what Microsoft Viva is, and what to expect from it. That’s why I dived into this subject to give you a straightforward description of Viva, admin to admin.

END_OF_DOCUMENT_TOKEN_TO_BE_REPLACED

Whether your company has been using mobile devices for years or is just implementing them in the workplace, it’s good to know how to manage them. Certain Microsoft 365 plans give you access to Intune (Microsoft Endpoint Manager) which lets you configure all devices. In this guide, I’ll show you how to deploy and configure Outlook for Android app. But before that, you’ll see how to pre-configure Intune to seamlessly deploy any Google Play Store app in your organization.

END_OF_DOCUMENT_TOKEN_TO_BE_REPLACED

[Update]: This blog post was originally posted on November 28, 2016. It has been updated to reflect changes to Search-Mailbox cmdlet introduced in Exchange Online.

In this article, I am going to show you how to use the Search-Mailbox PowerShell cmdlet together with the -DeleteContent switch to delete email (and other item types) from multiple mailboxes on Microsoft Exchange Online, as well as on-premises Exchange.

END_OF_DOCUMENT_TOKEN_TO_BE_REPLACED

Merging Office 365 (Microsoft 365)* tenants is about migrating mailboxes from one or more tenants to another. In other words, it’s a tenant-to-tenant migration, but the context is that the target tenant is already inhabited. This article explains how to merge Office 365 tenants in the easiest way.

*While the article is about how to merge Office 365 tenants, a quick foreword is in order. It’s been almost two years since Office 365 was renamed to Microsoft 365. After all this time, both names are used but, in most cases, people seem to prefer the shorter version – Office 365. That’s why throughout the article, I’ll use Office 365 (referring to Microsoft 365 at the same time) to make things more concise.

END_OF_DOCUMENT_TOKEN_TO_BE_REPLACED

Mailbox migration is a complex process which requires technical skills and knowledge of both the source and the target environment. One of the questions that comes up while planning the migration is roles and permissions required to successfully execute the migration. You could drop the subject by simply stating “get global admin if it’s Microsoft 365 (Office 365) and Organization Management role when on-premises”. However, your company might have a strict policy to follow the principle of least privilege. That’s when knowing the exact required permissions comes in handy.

END_OF_DOCUMENT_TOKEN_TO_BE_REPLACED

To create mailboxes in Microsoft 365 (Office 365), you can use the admin center or PowerShell. Both methods support individual and bulk creation methods. See step-by-step instructions on how to create user or shared mailboxes in your Microsoft 365 tenant.

END_OF_DOCUMENT_TOKEN_TO_BE_REPLACED

Shift to the cloud is affecting all IT fields, including device management where Microsoft Intune is getting more and more popular at the cost of solutions such as Group Policies or Microsoft Endpoint Configuration Manager (MECM).